Your mission is, as a team of 4, to build and test a human-powered vehicle that can traverse the course depicted in the diagram below. You start at the green line and end at the green star.

The vehicle should have the following qualities: 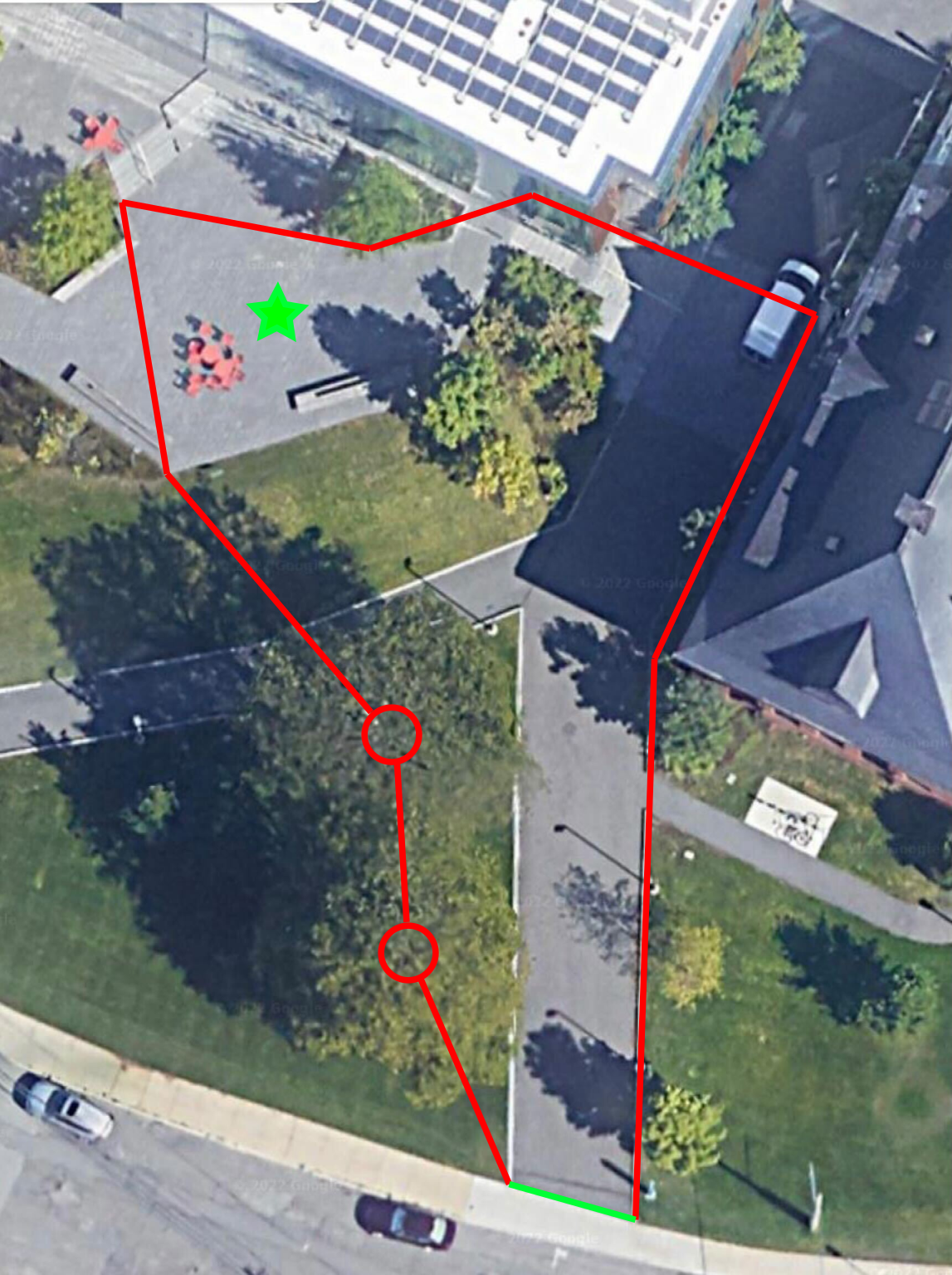 As usual, you should develop 1-3 learning goals for the project, in the usual format on Canvas. My goal is to give you the opportunity to work on an engineering challenge that is physically larger and likely involves higher forces than the smaller, desktop projects we’ve done so far.

With a partner, build a gravity-powered record player. It should be able to play a 7" diameter record for 4.5 minutes at 45 RPM. If you decide you need a horn to amplify the sound, do not 3D print one. Instead, use folded sheet metal, cardboard, or the like. You might make a trigger mechanism that would start the record playing.

You will be given: #

Please set your learning goals for the project on Canvas as soon as you have time.

A few pieces of advice #

As you think about your learning goals, it would be pretty safe to assume that all of you will be able to make a record spin. Sure, you might have a last-minute failure where some pulley comes loose on a shaft, but generally, you’ll get it.

You will probably also find that the sound of the needle is surprisingly audible, even with a hastily constructed paper horn for amplification.

For most of you, the major challenge of the project will be figuring out how to control the speed of the record so that it spins at a constant rate. If you have no method of speed control, your record player will start slow, then spin really fast for a few seconds, and then tail off dreadfully. Having a low-friction system is also pretty important– it’s difficult to control speed if the thing is really difficult to spin in the first place. Actually playing for 4.5 minutes is a pretty ambitious goal, but can be done with a low-friction system.

P4 proto: Thursday, March 31, at the start of class. The record should spin under gravity power by this date.

In a team of 3, design and fabricate a spherical puzzle similar to the Perplexus. Your puzzle should contain a total of at least 15 puzzle stages. Each team member should fabricate at least 5 stages; each person’s stages don’t have to be contiguous.

You will be given:

Prototype due: Tuesday, March 1, at the start of class.

Project due: Tuesday, March 8, at the start of class.

Build a small vehicle (less than 40 cm long) that can drive upwind without any source of energy other than the wind. We will use a fan for testing.

A few guidelines to help your learning:

P2 proto: Thursday, February 10, at the start of class.

P2 final: Tuesday, February 15, at the start of class. You can submit documentation up until late Tuesday night, but we will be testing vehicles in class.

Make a trigger mechanism that can reliably hold and release a 9.8 N force (the weight of a 1 kg mass on Earth).

The goal here is not to make a missile weapon, but to control a large force from a rubber band with a small force from your finger.

You will be given: #

You will need to obtain: #